From afar, ForSea Ferries’ Aurora looks like any other ship. Steaming past Hamlet’s castle into Helsingør docks, the 8,414-tonne RoPax vessel arrives fully laden with cars, trucks, tourists, and commuters from the Swedish mainland just 4 km to the east. However, what is unusual is that it is not accompanied by a plume of black smoke from a diesel combustion engine. 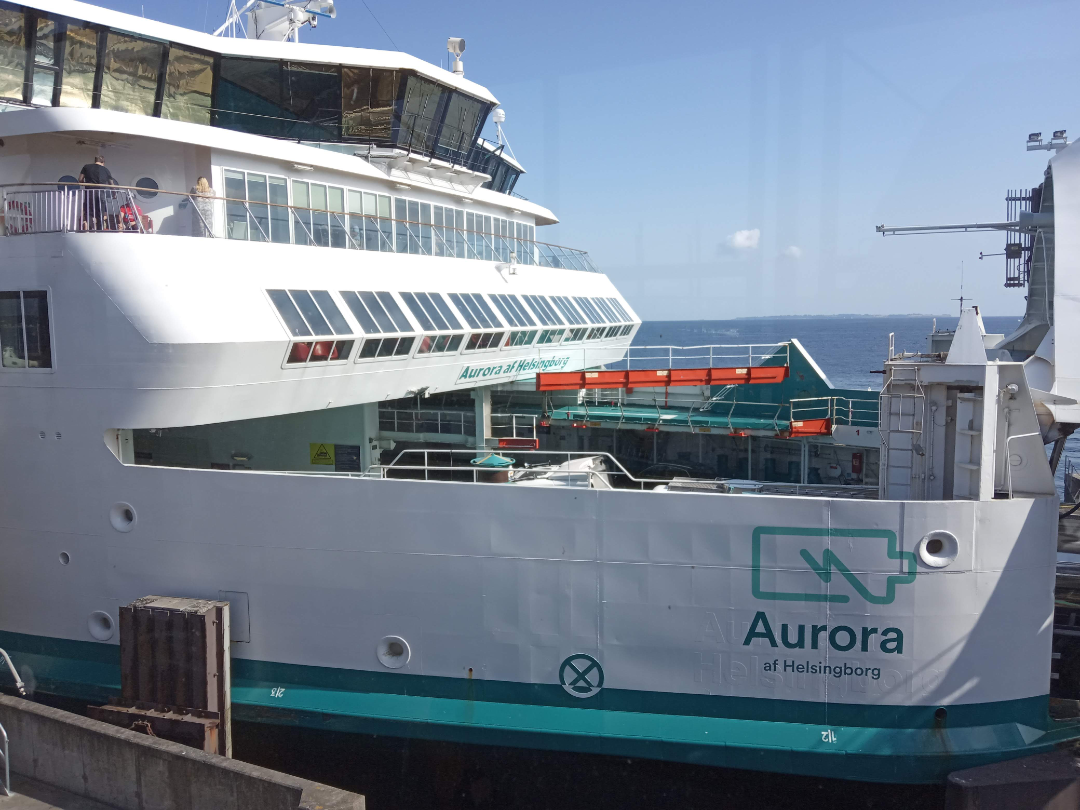 Instead, Aurora is completely powered by a battery system manufactured by ZESTAs member Sterling Plan B (SPBES), which feeds four 1.5-MW propellers. The ship uses 1.1 Megawatt-hours per 20-minute crossing and is recharged on each side by a High Voltage robotic arm in 5 to 9 minutes. The ship makes 46 crossings each day, adding up to 17,000 crossings a year.

To convert the vessel, the Aurora went into drydock three times, including reinforcement of some decks to accommodate for the weight of the battery system. Installation of electrical wiring and cables was done during normal operations. In total, the system added 285 tonnes to the ship’s weight, including batteries, reinforcement and water-cooling system.
Working within the MSC.1/Circ.1455 “Guidelines for the Approval of Alternatives and Equivalents” proved very complicated, taking longer than expected to fulfil requirements. Further work in educating the crew in high voltage safety considerations also took time.

ForSea Ferries took a daring move to prove what can be achieved using existing technology and to pave the way for others to follow suit. They actively share all the knowledge learnt with other companies willing to move to battery propulsion. And they won’t stop here. Christian tells me that they plan to become the world’s first fully zero emissions ferry route in the world by converting the remaining two vessels. 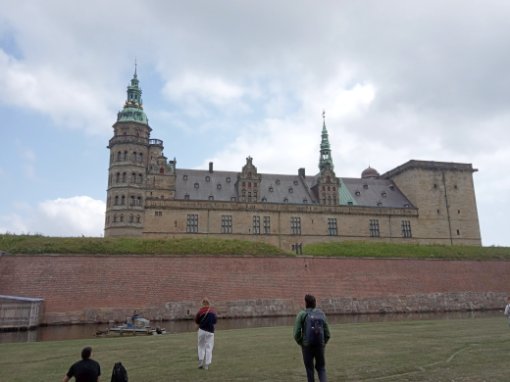 But can batteries really be a sustainable solution? Aren’t the lifetimes of conventional diesel engines so much longer? Well, firstly, ForSea Ferries’ contracts with the energy suppliers at each port guarantee that only 100% renewable electricity will be fed into the ships. Secondly, the SPBES CellSwap system is modular, ensuring that when a cell reaches the end of its 5-year lifetime, it can be replaced without any change to the rest of the system, or to the other cells in the battery that still have longer to go.

ForSea Ferries were willing to be a first mover and have paved the way for more companies to come. They were initially financially supported with a Grant from the EU amounting to 50% of investment. Now it’s time for policy and regulations to catch up, Christian tells me: “We only receive a minor fee reduction from the flag state, although this is a huge investment financially and environmentally. That’s a pity. There should be better incentives and rewards as a catalyst for shipowners to invest”.

With his decades of experience on many ship types (cruise, tankers, refrigerated carriers,  RoRo and ferries), Christian gave me his prediction on the future role of batteries at sea. “SPBES’s Energy Storage System (ESS) is suitable for propulsion on short sea ferry routes such as ours (20 minutes crossing) and maybe up to 1.5-hour crossings depending on the infrastructure in port and size of battery pack onboard. It’s also suitable for peak shaving, on offshore, cruise vessels and ferries. Charging systems have to be developed further for larger vessels but I foresee a combination of batteries and fuel cells”.

Electrification like this is increasingly achievable at a cost-effective price point, ensuring that climate action goals are met without negatively impacting the bottom line and, in fact, protecting ROI.

In May 2021, just four years after the conversion of Aurora and her sister ship Tycho Brahe, Bastø Electric in Norway overtook them to become the world’s largest fully electric ferry and, in 2022, Japanese shipowner Asahi will receive the world’s first fully-electric tanker. And it’s about time. As this summer’s record-breaking heatwaves, floods and forest fires have shown, we urgently need to transition away from fossil fuels. Such ships not only cut our GHG emissions, but also help our damaged marine environment bounce back, as seen in Helsingør.

By adopting truly zero-emission means of propulsion (such as batteries, green hydrogen and wind-assist technology), maritime shipping can clean up not only its act, but also the heavy-duty industries on land by creating large-scale demand in ports. 2050 may seem very far away to those who make targets, such as the IMO, but I will only be 53 years old by then and it’ll be too late.

David Newman is Policy & Communications Officer at ZESTAs and visited the vessel in July, 2021.

Manage Cookie Consent
To provide the best experiences, we use technologies like cookies to store and/or access device information. Consenting to these technologies will allow us to process data such as browsing behaviour or unique IDs on this site. Not consenting or withdrawing consent, may adversely affect certain features and functions.
Manage options Manage services Manage vendors Read more about these purposes
View preferences
{title} {title} {title}